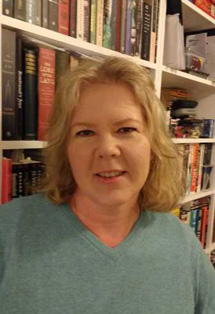 There was a knock on the door.  I ignored it.

I was on the phone to a stolen debit card helpline, at least I was held in a telephone queue and had been for a considerable time, listening to a pre-recorded message telling me my custom was valued.

There came another more insistent knock on the door.  I ignored it.

A moment or two later the Provost marched in and pressed the disconnect button on my desk phone.

“What did you do that for?” I demanded before quickly adding a ‘Sir’.  “My debit card’s been stolen.”

“We have a more pressing matter,” the Provost said, glaring at me through his thick-lensed spectacles.  Being old-school, he never calls them glasses.  “A student has disappeared whilst performing the Three Kings Ritual.”

I stifled a laugh.

The Provost’s control over college staff was achieved by fear.  Fitzconnor, or Fritzconnor as he was nicknamed, clearly had it in for me but then he had it in for everyone.  It is no exaggeration that everyone was terrified of him no matter where they were positioned in the hierarchy.

On my first day, Stratton-Smyth, who occupied the office next to mine, was quick to tell me that it was no coincidence that, upon taking up his post, the Provost had demanded the same rooms as M. R. James, a former Provost who is better known for his stories of the supernatural, which James would read to his friends on Christmas Eve and, as some suspect, had invited goodness know what evil into the college.

Every time I had crossed the sitting Provost at various meetings, a colleague would strongly advise me in hushed tones to follow a different course lest I regretted it.  Twice I was dealt a swift kick under the table, causing me to yelp, giving rise to a comedy moment.

When I asked them later how Fitzconnor metes out his displeasure, they would not say but warned me I was treading on thin ice.  Some even hinted the Provost was in league with the Devil, so, perhaps, if anything, I was treading to close to the mouth of Hell.

My sheer bloody-mindedness means I’m not easily warned off or threatened.  And, as I am not materialistic, the possibility of losing my job would not get me to reconsider, just as a thousand of Beelzebub’s imps could not move me.

I had expected a visit from the Provost as I had dared to cross him at a recent meeting.  After six terms, I had wanted one, just one, decision to go in my favour.  Although, in this instance, it was in support of a colleague.

Finchley-Browne, who is due to retire at the end of the academic year, has long harboured a secret desire to be asked to read out one of the Nine Lessons at the Christmas carol service.  As the others to be given the honour need to be rewarded in this academic year too, it meant that Finchley-Browne could only be accommodated if our Provost let him read in his stead.  My suggestion was met with a cold, hard stare.  One might be mistaken for thinking I had asked that the students be allowed to turn the basement into a strip club, use the laundry rooms for growing cannabis and have prostitutes in French maid costumes as bed-makers.

Of course, it would have been unseemly for the Provost to defend his position lest he came across as someone who wants to occupy the spotlight.  Therefore, the silence was broken by a few of my colleagues muttering something about tradition and Fitzconnor being the best representative of the college and having form in public speaking.

The way he was looking at me now was like one of the times he insisted no one disturb him let alone enter his corridor.  On this occasion one of the staff had complained of strange noises and, out of concern for the Provost, had asked me to check he was alright.  When I had knocked on his door it was suddenly flung open as if by some unnatural force and I was met with a look of guilt and hate, like someone caught in an illicit act.

“The Police only consider someone to be missing after 24 hours.  Barclay Kensington-Brookes went missing in the early hours of this morning that gives me until tomorrow to find him without having to involve the boys in blue,” the Provost said, noting my hand moving towards the phone buttons, prompting a severe look.  “I need you to do the Three Kings Ritual to see if it sheds any light on Barclay’s disappearance.”

“I will do no such thing.  A hotel in Norfolk has rung me about some booking tonight.  I’ve received train tickets to King’s Lynn that I never ordered.  The only thing I’m going to do is cancel my debit card.”

I wasn’t sure he was getting it.  The man was undoubtedly extremely clever but as I looked at his unimpressed expression I couldn’t help wondering if he only registered that which was important to him.  He clearly had no empathy for others or had ever considered they might have their own agendas.

“Forgive me for raising important college business when you have a personal matter to attend to,” he sneered.  “When you are done, I want you to go onto the ‘Creepy Peepy’ website and read up on the steps of the ritual so you know what to do.  I will prepare my office accordingly.  I will ensure total darkness.  The fan will be switched on when you enter.  There will be a cup and a bucket of water should you need to abort the ritual.  You will find the three chairs and the mirrors in the right position.  I see you have a candle,” he said nodding to the one on my mantle.  “I will be your ritual buddy.  I will not move from the phone in my bedroom should you need me.  Once it is over we will meet in your office to confer.  Until tomorrow morning.”

The request was so odd I was shaking my head and staring at the door when Blitz, a German student whose actual name was Klaus Krieg, appeared.

I asked him if he knew the missing student and the Three Kings ritual to which the answer was an emphatic ‘Nein’.  But, bless him, he grabbed my laptop, started tapping away and had googled the ritual before I could say ‘sauerkraut’.

It was the ease with which Blitz had taken charge, that made me wonder if the Provost had something to do with my missing debit card.  Just like everyone else who is overwhelmed with the number of passwords necessary to function, which might compel one to note them all down, if it didn’t run counter to having them as a security precaution, I used the same pin and password for all sorts of accounts, so, if the rumours that Fitzconnor had secretly installed CCTV in the library and staff common rooms were true, he could have observed a digit here and a digit there and figured it out.

Knowing something of Fitzconnor’s reputation as the older students like to scare the b’jesus out of the newbies, Blitz insisted he was also my ritual buddy and advised me to set my mobile phone to record.  If I didn’t report to him by a specified time, he would grab my mobile phone before the Provost got to his office and alert the police.

Otherwise, we concluded there wasn’t really anything bad, let alone dangerous, about the ritual, certainly nothing which could account for a missing student.  A terrified student who had got spooked at worst.  No spirits or demons had to be invoked, although it suggested they would be invoked just through the setting up of the props.  All one had to do when seated, was look to the mirror on the left and the mirror to the right but not directly, only out of the corner of one’s eye and see whether a Queen or a Fool had a message or an answer to a question.

At three-thirty my alarm sounded.  I groped for the light switch but remembered at the last second I was to light the candle.  Switching on the light would mean aborting the ritual.  I set my mobile phone to record and, having slept on my bed fully clothed, stuffed it in my shirt pocket so the camera peeked out over the top.

I headed to the central staircase, the flickering candle lighting only a fraction of the corridor and casting my shadow up the walls.

The door to the Provost’s room was open.  If I had found it closed, the ritual would have had to be aborted.  I could hear the hum of the fan.  I put down the candle, then placed my mobile phone in the agreed spot, one Blitz and I had concluded Fitzconnor would miss should he get there first but would still capture footage of what had ensued.

I was conflicted about the whole affair.  Blitz had been full of childish glee at the possibility of me seeing a ghost or some such which was infectious, and we had spent a good hour or more debating as to how we might turn the table on the Provost to give him a scare.  If it wasn’t for the fact that the pill-popper might suffer a heart attack and I might face manslaughter charges, we would have gone ahead.

Then again, I resented having a disrupted night’s sleep, knowing it would knock out my routine for days.

And, not forgetting the possibility of something sinister being played out, which needed exposing.

As I took my place, I knew Blitz expected me to go along with the ritual, at least sneak a glance into the two mirrors.  If anything, I felt the pull of curiosity.

I could just make out my reflections.  Whether I looked to my left or right, my face looked distorted as though it was not my own.

I know the mind likes to play tricks but I had thought mine too cynical.  Would Blitz believe me if I told him the Fool had invited me to stare into his mirror?  Next, he asked me from which side of the mirror I was looking.  Was I staring in or was I staring out?  I heard myself humpf.  What a ridiculous question.  Clearly, I was staring in, but, then again, I wasn’t so sure and watched as my hands came up instinctively to feel for what was real as a blind person might use their hands to see.  They struck an invisible barrier.  It was flat and smooth and expansive.  Terrified to my core I let out a scream.  It was such a clear sound, like when a knife chimes against a crystal glass, one I suspected could not be heard from the other side of my prison.  Like Alice, I had stepped through the looking-glass.

When I heard footsteps, I was relieved.  Blitz would find the phone.  He would check what it had recorded and see what had happened and save me.

“I can’t believe he fell for it,” I heard Blitz telling someone.  “Missing student!  What an idiot!  What now?”

Just then Fitzconnor came into view.

“I’ll get the hall keeper to throw the mirrors into the skip.  It’s then just a matter of chucking his SIM into the North Sea and mission accomplished.  That’s how to deal with an irritant without fuss or muss.”