How to avoid… centipedes and millipedes – by Jane Wilson-Howarth 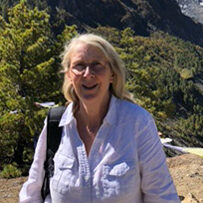 A must read for anybody phobic about small creatures.

Most centipedes are nocturnal predators that feed mostly on small arthropods; the largest scolopridrids have been reported to take mice, small birds, amphibia and reptiles.

Behind the obvious head, the flattened trunk comprises 15 to well over 100 segments. The first pair of trunk appendages are powerful claws with ducts leading to large venom glands.

Few temperate species are able to penetrate human skin with their poison claws although bites of the small common Lithobius forficatus are described as sharply (if transiently) painful.

Bites of scolopendrid centipedes that are common in the tropics and sub-tropics inflict ‘almost unbearable pain’ which fades in 20 minutes.

There was been fatality attributed to centipede bite. In 1923 a seven-year-old Philippino died 29 hours after being bitten on the head by Scolopendra subspinipes.

Although some large centipedes are capable of killing guinea pigs, generally they considered to be painful rather than life-threatening.

A 55-year-old Yugoslavian woman accidentally swallowed a centipede. She vomited, cold-perspired, experienced palpitations and then the animal was suddenly discharged from her bowel; later it was identified as Scolopendra cingulata..

Millipedes are detritus-eater and possess no venom glands. When threatened though they secrete caustic fluids from repugnatorial glands.

Some tropical species can squirt this fluid 50cm and if this enters the eyes causes immediate pain and swelling. Tropical millipedes not infrequently climb into bed with people and when the sleeper rolls onto them, the skin becomes blistered. These are powerful secretions; some are capable of killing lizards. Even so in humans the inflammation generally settles after a week or two; usually no long term harm is done and there is no scarring.

When in the tropics, sleeping under a permethrin-impregnated bednet that is tucked into the mattress protects from such accidents – as well as from mosquitoes bites.