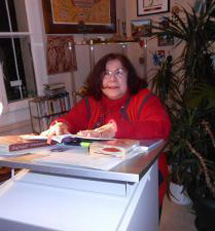 Wheat fields without end lead me

To a hamlet with a pig farm near the church

Where I made a prayer for you,

Who led me so deeply into the lives

Of the poets, living and dead – into Eliot’s

Orphean descent into the depths

Of known and less known worlds:

An almost willing letting go and the return

To grace after the deep descent. The purge

That became my freedom, too, to descend.

After fasting, I too, felt the return of a moment’s

Grace into my veins with the vernal wind’s

Promise and the transcendent epiphany.